Taken earlier this year after sunset on the Marin Headlands about a mile or two from where we stayed in Mill Valley. Spent most of the day exploring places like Fort Barry, Fort Cronkhite and the NIKE missile site. Whilst taking in the sights of the area we ran into Neal Schon a guitarist from the band Journey and projects like Hardline, Bad English, HSAS and was once a guitarist with Carlos Santana. He was doing a photo shoot with a bunch of very cool looking choppers and his signiture Gibson Les Paul Guitar. After a brief chat and the usual “When the hell are you bring your band to Australia” we where on our way to the 150 year old lighthouse at Point Bonita.

This lighthouse can be heard and I shit you not, just about every where on the coastline north of the Golden Gate, yet when you get right up close its not that loud. Must have something to do with the acoustics of the headlands. Very cool and a little unnerving hearing the lighthouse when shrouded in fog in the freezing cold very empty Marin Headlands Park, just me on the beach, wife rugged up in the car, coyotes and deer in the hills and maybe a mountain lion or two keeping an eye on those deer.

In spring there is a wildflower explosion on the hills seals right at the foot of the rocks Great Whites just off the coast and then the Raptor migration in the fall season, there is always something to see and do in this area.

There is also a really very cool one way road at what looks like a dead end that takes you all the way down to the beaches and some very cool views of the Golden Gate, next time I am hoping for just a little less fog so I can capture the Bridge in nice light. 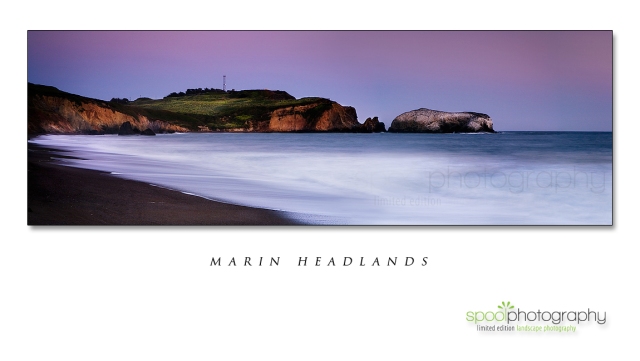